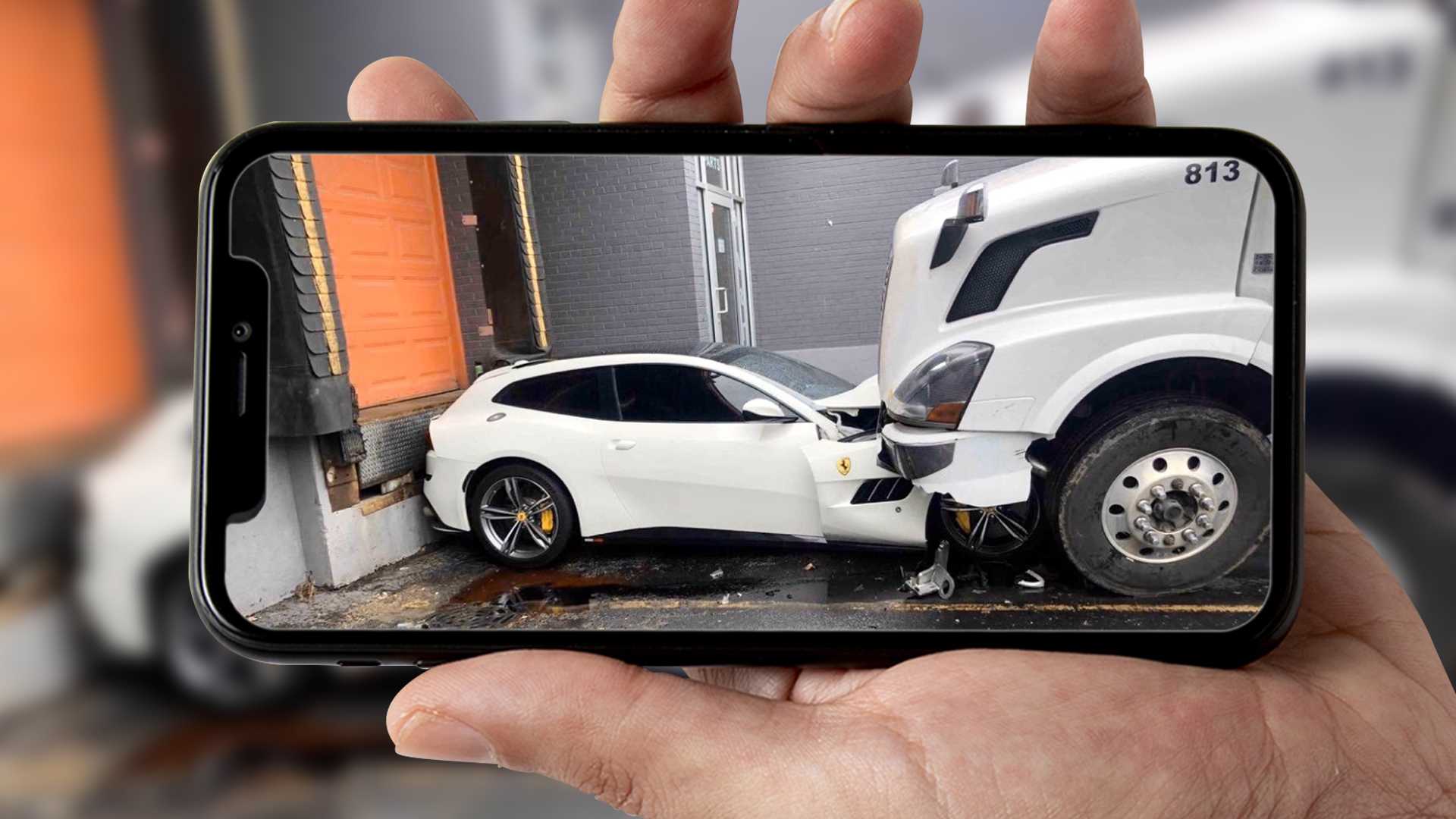 There are a lot of stories about how this might happen.

Photographs show the aftermath of a Volvo semi ramming into a Ferrari GTC4Lusso at a loading dock. Unraveling the story behind the crash feels straight out of Rashomon because there are so many different claims about the reason for this collision.

A post on Reddit that seemingly first released this story took a class warfare angle by alleging “company owner decided to stop paying his drivers so one of them parked their semi on the owners [sic] Ferrari and just left it there.” However, this does not appear to be accurate.

Some great reporting from Tire Meets Road dug into the available details and found social media posts offering other explanations. Rather than being an issue with payment, the semi driver was allegedly facing termination and retaliated by ramming into the boss’ Ferrari.

In yet another claim, Tire Meets