Following a stunning rebuke by the State Assembly, the board of California’s high-speed rail authority this week put off approving a crucial 2020 business plan, a sign it has agreed to reassess the project’s current blueprint.

The authority’s board had planned to routinely approve the business plan at a meeting scheduled for Thursday and submit it to the Legislature as it has done every two years over the last decade.

The plan formally laid out a $20.4 billion blueprint to build a partial operating system in the San Joaquin Valley under a massive 30-year contract that would be issued this year.

But earlier this month, the Assembly approved a resolution that called on the rail authority to delay that contract and reassess the entire strategy of putting all of the remaining bullet train funds into the single stretch of high speed rail between Bakersfield and Merced.

The resolution attracted 67 of the 79 sitting members of the Assembly as cosponsors, including a majority of the Democrats who have never previously opposed any aspect of the rail authority’s development of the $80 billion system.

Speaker Anthony Rendon (D-Lakewood) set the process in motion last year, when he proposed shifting about $5 billion of the bullet train funds from the Central Valley to segments in the Bay Area and Southern California, including the Burbank to Anaheim corridor that the bullet train would eventually use.

Metrolink outlined a plan that would double ridership and sharply reduce emissions if it could fund an electrified system, drawing riders out of cars on the heavily congested I-5 corridor.

The idea has gained support among members who worry an isolated bullet train system between medium-sized cities in the state’s agricultural heartland would fail to attract enough riders to break even or improve the region’s notoriously bad air quality.

In the adoption of the resolution on June 11, Democrats and Republicans lambasted the rail authority’s performance.

“I have personally lost all confidence in this group to develop and deliver what they promise,” said Transportation Committee Chairman Jim Frazier (D-Discovery Bay) before the vote. “From inconsistent cost estimates to impossible program schedules, they provide fictional ridership expectations and exaggerated benefits.”

Following the Assembly vote, the delay was decided in discussions between Rendon, Gov. Gavin Newsom and the rail authority board, according to sources knowledgeable about the matter who were not authorized to speak to the press. Under state law, the rail authority is supposed to send the business plan to the Legislature in the summer, but a legislative rider was put in a budget bill that extended the deadline until the end of the year.

Rail authority spokeswoman Annie Parker attributed the delay to both more time for analysis but also to the impact of the COVID-19 pandemic on its operations.

“This additional time will allow for the more robust analysis we have been discussing with both the Legislature and our stakeholders given the current COVID-19 pandemic,” she said. “We will use this time to review the project’s status and identify a path forward in partnership with policymakers and the public, while at the same time, working to ensure that we continue to meet our federal obligations and the requirements of Proposition 1A.”

In a letter on Monday to Rendon, rail authority vice chairman Tom Richards, a Fresno developer, said the authority “shares your concerns as well as those of chair Frazier’s and his colleagues.” Richards pledged to conduct further analysis of the project’s plans.

The contrite language reflects a growing reality that fighting 85% of Assembly lawmakers who cosponsored the resolution would be “fruitless.”

The rail authority was originally planning to issue the massive contract to install an electrified signal and track system in the Central Valley by this summer but had indicated the pandemic delayed that decision. It remains unclear whether the delay in the business plan takes the contract off the table for the rest of this year.

It also remains unclear what the Senate will do, but some officials close to the matter say it is unlikely that Senate leader Toni Atkins (D-San Diego) will intervene. It was Rendon and Newsom who struck the current deal and may be the key players in any future deal.

The rail authority will need Rendon and other Assembly members’ support to appropriate about $4.5 billion out of bond funds by early next year for continuing work in the Central Valley, regardless of what position the Senate takes.

During the coming months, the rail authority will come under renewed pressure to conduct an independent assessment of its estimates of ridership on a future Merced to Bakersfield system. Even under the best scenarios, such an operation would require a prohibited state subsidy.

Apart from the political controversy over a subsidy for the rail authority’s plan, the matter is awaiting a ruling by a state appeals panel in a civil suit.

Stuart Flashman, an attorney who represents plaintiffs who brought the suit, said he believes “the authority is probably working behind the scenes with legislators to put together a substitute business plan.”

Flashman said he suspects that plan would only fund completion of 119 miles of track legally required under a federal grant agreement and then hand that system over for use by Amtrak.

“I suspect the deal would funnel the rest of the bond funds to Northern and Southern California local transit improvement projects,” he said.

Thu Jun 25 , 2020
By Alexander Marrow and Nadezhda Tsydenova MOSCOW (Reuters) – Russian internet giant Yandex <YNDX.O> is interested in taking full control of its Yandex.Taxi ride-hailing service, a joint venture with Uber <UBER.N> which returned to pre-pandemic growth levels in June. Yandex is talking to Uber about increasing its majority stake in […] 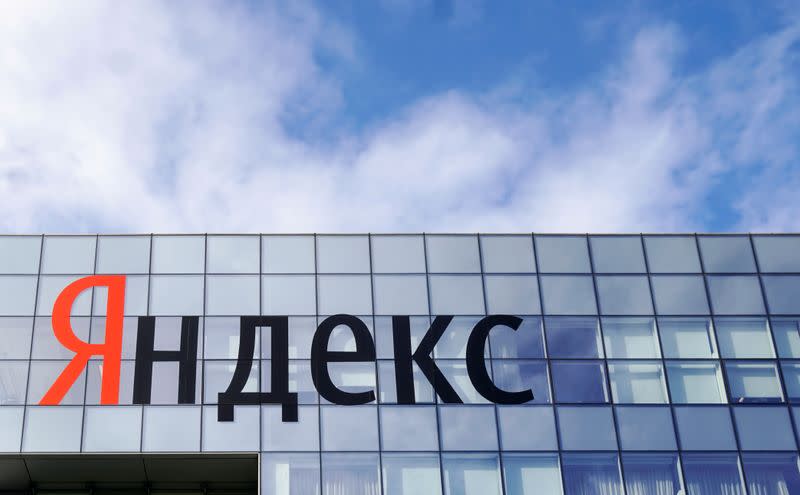