Employees who are most at risk for the coronavirus, will likely be some of the first to return to work so they can hold on necessary health insurance, The New York Times reported.

Last month, Patti Hanks, who is 62 and had recently gone through chemotherapy returned to work at a furniture story so she could hold on to her insurance.

“I just got over chemo,” she said. “Now is not the time for me to lose my insurance.”

Hanks told The Times, that despite feeling nervous, she couldn’t afford to be without insurance and felt it would be impossible to find a job that would allow her to work from home in the midst of the economic turmoil from the pandemic.

“It’s a scary thing to go back and know you have low immunity,” Hanks told The Times in mid-May, after two days back at her job. “But when it all boils down to it, I don’t think COVID-19 is going away any time soon. I don’t think you can hide from it. You’ve got to trust God and go back.”

While Hanks told The Times, that her immune system is starting to return to normal and she feels relatively safe, her store is still very busy and she does have moments where she comes in contact with people who appear to be visibly sick and it’s concerning for her.

“But you can’t crawl into a hole,” she told The Times recounting an interaction with a customer who did not look well. “I think we’ve done everything we can to protect ourselves. I know I try to. So I’ll just keep going. That’s just the way it is.”

According to CNN, while employees do not have legal protection if they refuse to return to work because they fear coronavirus infection, employers may be required to discuss potential accommodations if a worker is concerned about an existing health condition or disability like having a compromised immune system, which would fall under the Americans with Disabilities Act or state or local disability laws.

A new study from the Kaiser Family Foundation estimated that 37.7 million American workers are at high risk of seriously becoming ill from the coronavirus.

While the coronavirus could cause severe illness in anyone, those who are older or who have comorbidities such as diabetes, hypertension, and obesity are considered most at risk.

Despite the impact of the coronavirus, especially the necessity to be employed to likely be insured, Americans’ perceptions of healthcare have changed very little since the start of the pandemic, an Associated Press poll published in early June found.

The poll found that when it came to providing insurance coverage, 53% trusted private entities, compared to 44% who trusted the government more.

“It does strike me as odd,” Gaye Cocoman, a retired data processing administrator from small-town Macedonia, Ohio, who has Medicare, told the AP. “I’m covered, but I look at the millions of people who aren’t and wonder what in the world they’re going to do if they get sick. There seems to be no appetite for change.”

The Times reported that 61% of working-age adults get health insurance through their jobs.

Additionally, despite approximately 27 million people losing their employer coverage during the economic shutdown, support for healthcare models such as “Medicare for all,” is still relatively low, the AP reported.

However, health economist Katherine Baicker told the AP that the lack of change in perspective on healthcare despite the pandemic could be explained by people not wanting to undertake ambitious ideas in the middle of a crisis.

“I wonder if the short-term crisis dampens people’s appetite for health system reform,” Baicker said. “The idea of upending the health system at this moment … it may be that people think, ‘No — let’s get a vaccine.'”

However, the AP poll did find that people were thinking more about the US healthcare system as a whole and how it impacts a variety of people not just themselves. More than 56% of respondents said the US spent too little on improving or protecting health in the country, and about 60%  said they were very or extremely concerned about Americans, in general, having access to high-quality care.

The Times highlighted that while The Affordable Care Act did expand coverage options, the number of options for people out of work is not expansive, and many are still unable to get adequate coverage outside of an employer.

Also, the additional coverage differs from state to state — depending on whether that state expanded Medicaid or their health exchange network. Those limitations mean that it’s likely that Americans who are most at risk are forced to go back to work even if that means increased exposure and harm to their health.

Here's what Joe Biden means for markets, business and America

Sun Jun 21 , 2020
I say Joe Biden has a 50% chance of getting elected in November and if you buy that impartial fact, then it’s probably a good idea to understand what a Biden presidency means for the economy, markets and business.  This is no small thing.  If he wants to win, Biden […] 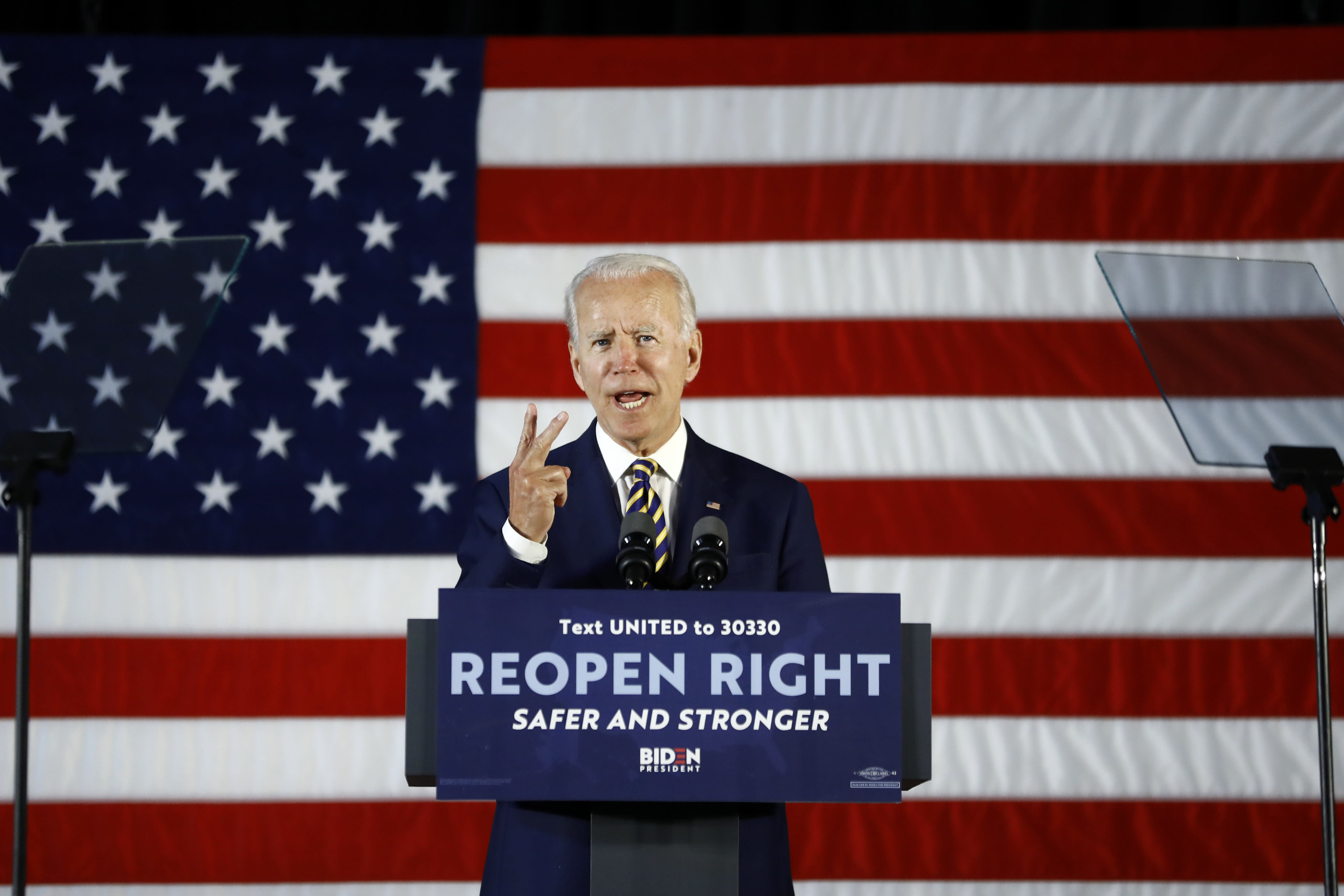