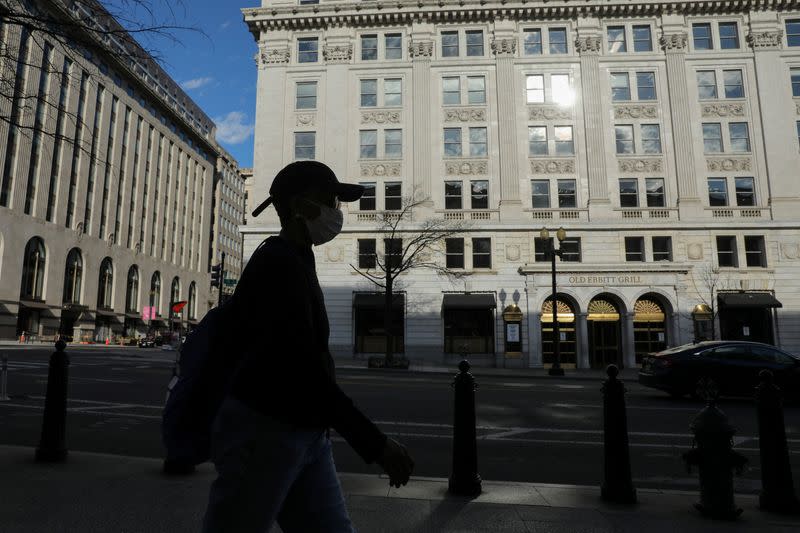 WASHINGTON (Reuters) – Americans will soon get a first full look at which businesses received $515 billion of taxpayer funds when the government, after initial resistance by President Donald Trump’s administration, releases borrower data for one of its highest- profile pandemic aid efforts.

The colossal data set for the Paycheck Protection Program, to be released by the Treasury Department and Small Business Administration in the coming days, will provide transparency for a first-come-first-served program that from the outset was plagued by technology, paperwork and fairness issues.

That could make life uncomfortable for borrowers that broke the spirit or letter of the rules, and for banks that shoveled the money out the door. The aim of the $660 billion program was to help cash-strapped companies keep workers employed and make rent.

In our series “Financial Fallout,” “CBS This Morning” looks at the economic costs of the coronavirus pandemic and how it affects communities across the country.

Even though the COVD-19 virus doesn’t discriminate, the financial impact of the pandemic is hitting the pocketbooks of minorities the hardest – and the numbers tell us they’re struggling to stay afloat.

With national unemployment figures at their highest levels since the Great Depression of the 1930s, African Americans have been hit especially hard; black unemployment is nearly 17 percent, compared to the overall jobless rate of just over 13 percent.

Crises often highlight both the best and the worst of humanity. Coronavirus is no exception. It has brought out the best in America’s health-care workforce. Public support for nurses, doctors, and other frontline workers is overwhelming. Doctors, nurses, respiratory therapists, food service workers, janitors, and administrators, among countless others have risen to the challenges of high intensity work in the setting of a novel virus, without preventative strategies or treatment options, limited testing, little PPE, and not enough ventilators. Doctors are going to work in some cases not knowing whether we will be paid, and in all cases not knowing whether we will survive. By May, about 60,000 health-care workers had tested positive, and about 300 have died.

It was Hollywood’s most anticipated startup. Quibi vowed to transform the streaming business by delivering bite-size entertainment to younger audiences who’ve turned from legacy studios.

But two months after its debut, Quibi’s programs have yet to take off among the millennials who are key to its success, according to interviews with analysts and newly compiled data from research firms.

When it launched on April 6, Quibi was the fourth ranked app based on number of downloads for iPhones, according to San Francisco market research firm Sensor Tower. Since then, it has plummeted to 1,157 as of last week, behind programs like word game “Wordzee!” but just before “At Home Women’s Workouts.” That ranking is substantially lower than other services, including new streamers such as Disney+ (which ranked at 57)