The airline industry and wider economy will suffer immeasurable damage if ministers press ahead with plans to quarantine travellers for 14 days after they arrive at British airports, bosses have warned.

It is feared that harsh new measures to confine passengers at home or a hotel for a fortnight will wreck international travel and hammer consumer confidence at a time when many carriers are already close to collapse.

Lobby groups attacked the plans, which would apply to both British citizens and foreigners and are designed to stop future coronavirus outbreaks, saying they are part of a wave of uncoordinated measures being taken by countries across the world and nations should act together instead.

Trade body Airlines UK said: “This proposal would effectively kill international travel to and from the UK and cause immeasurable damage to the aviation industry and wider UK economy.

“Nobody is going to go on holiday if they’re not able to resume normal life for 14 days, and business travel would be severely restricted.

“It will also make it all but impossible for aviation to resume any time soon, thereby setting back the UK’s economic recovery still further.”

Passengers who fail to remain at an address given to authorities will face large fines under the proposals, which are being overseen by Home Secretary Priti Patel and Transport Secretary Grant Shapps.

Ministers are yet to formally confirm the quarantine, which could be introduced as early as next month. George Eustice, the Environment Secretary, told Sunday’s Downing Street press conference that quarantining was “coming down the line”.

The plans are thought to have blindsided airport and airline bosses, who have yet to be briefed by the Department for Transport about them during their regular conference calls.

A spokesman from the Airport Operators Association said: “Aviation is by its very nature a global industry. As we look to recover, it will be incredibly damaging for consumer confidence in travel if the current global patchwork of health screening measures and travel bans continue to proliferate.

“The UK Government should lead internationally in agreeing a common baseline for health screening that facilitates travel while reducing the risk of Covid-19 spreading again.”

Separately, low-cost easyJet urged investors to reject a boardroom coup by its founder and biggest investor.

Sir Stelios Haji-Ioannou wants to remove chairman John Barton, chief executive Johan Lundgren and two other directors in a row over a £4.5bn Airbus contract. The motion will be put to a vote on May 22.

Meanwhile airline Norwegian warned that most of its planes will remain grounded until next year under plans put to lenders ahead of a vote on Thursday over whether to swap their debt for shares.

Gatwick airport’s third-biggest carrier needs the deal to pass so it can access crucial state aid from authorities in Oslo.

Mon Apr 27 , 2020
Digital technology is transforming Bridgestone India from a mere tyre maker to a provider of mobility solutions. The firm, which opened shop in the country in 1996, is now focussing on offering technology-based innovative products. For instance, it has developed an IoT-based “smart strain sensor” that allows its vehicle managers […] 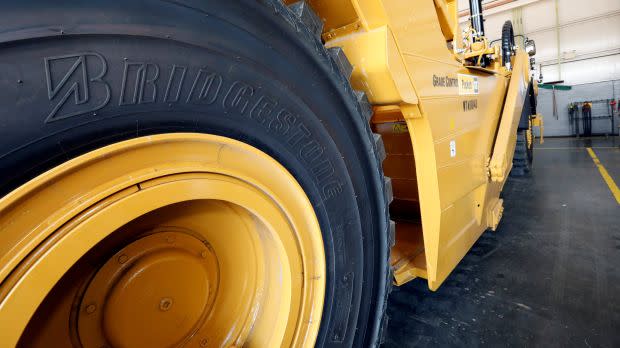