Blackstone Group Inc. (NYSE: BX) President Jon Gray believes that the novel coronavirus (COVID-19) pandemic has brought “actionable opportunities” for the alternative asset management firm, even if its revenue has taken a toll in the short-term.

“We are already seeing actionable opportunities appear from the dislocation initially in structured credit and liquid markets,” Gray said on the company’s first-quarter earnings conference call, as reported by Bloomberg.

“Since the crisis began we bought $11 billion of public equities and liquid debt across the firm and we are well positioned to do more.”

Gray said he doesn’t expect the economy to rebound in a “V-shape” once the pandemic is over. Instead, he expects it to be an “elongated recovery,” and Blackstone will be ready.

“We built a business that’s designed to ride through a difficult environment,” Gray said, according to Bloomberg. “Blackstone ultimately emerged much stronger coming out of the [2008] financial crisis.”

Gray added that the economic impact of the pandemic will be far bigger than the global financial crisis of 2008.

Blackstone shares surged in the day despite the underwhelming numbers, as analysts noted that it still outperformed the wider sector, and suggested hope for a strong recovery.

“Relative to the broad market, Blackstone did in fact outperform,” Jefferies Group analyst Gerald O’Hara told Bloomberg. “There was a fear going into [this] uncertainty. But there were no real surprises.”

Blackstone posted a net loss of $1.07 billion in Q1 at $1.58 loss per share. The financial firm’s private equity business saw 21.6% of its investments erased in the quarter.

The asset firm suffered a 16% loss in the tactical opportunities group, and 14% in the credit and insurance segment.

Its real estate investments fell significantly less at 8.8%, as about one-third of its segment is invested in e-commerce warehouses, a sector which has seen a surge in demand during the pandemic. The company is also relatively less invested in travel and hospitality real estate.

© 2020 Benzinga.com. Benzinga does not provide investment advice. All rights reserved.

Tue Apr 28 , 2020
(Bloomberg) — Blackstone Group Inc. expects to see plenty of investment opportunities once the current economic crisis abates — and is already taking steps to deploy capital on downtrodden assets. Current dislocations spurred by coronavirus pandemic, while painful, will allow the company to benefit in the long term, President Jon […] 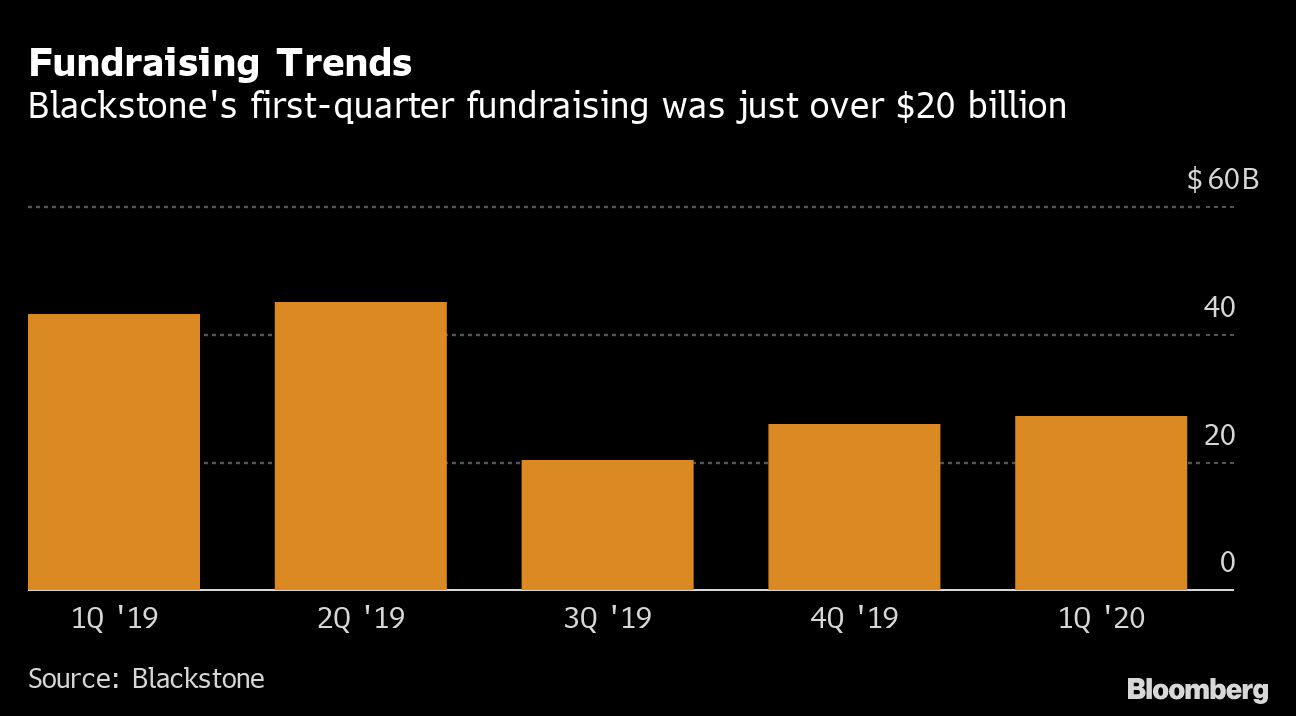