Current dislocations spurred by coronavirus pandemic, while painful, will allow the company to benefit in the long term, President Jon Gray said Thursday. The shares rose as much as 7.3% in New York.

“We are already seeing actionable opportunities appear from the dislocation initially in structured credit and liquid markets,” Gray said on the company’s first-quarter earnings conference call. “Since the crisis began we bought $11 billion of public equities and liquid debt across the firm and we are well positioned to do more.”

Blackstone will be able to put its dry powder to work in areas that have been most impacted by the economic freeze. These include lodging, location-based entertainment and the travel industry, executives said on the call.

The positive outlook came after the private equity firm reported that asset values across most of its business segments plunged in the first three months of this year as the coronavirus spread.

Reflecting the speed of the turmoil caused by the pandemic, the declines come just months after private equity managers said they were struggling to do deals because prices were too high. Despite the declines, which mirrored the fall in public markets, the firm’s leadership struck a bullish tone.

“We built a business that’s designed to ride through a difficult environment,” Gray said in an interview. “Blackstone ultimately emerged much stronger coming out of the ’08 financial crisis.”

Blackstone’s private equity group suffered the largest drop in the quarter, with assets falling 22%. About half of that was caused by the sell-off in energy markets, according to its earnings report Thursday.

The results offer an early look at the challenges alternative asset managers face after the pandemic blew a hole in the global economy. Private equity-backed portfolio companies face dwindling revenue, some credit bets have soured and real estate wagers on hotels and offices are getting hit.

But a long-term focus means New York-based Blackstone, the world’s largest alternative asset manager, should be in a position to hang on to companies as they regain strength. The firm, led by Chief Executive Officer Stephen Schwarzman, has a $150 billion cash coffer that should give it ample opportunity to make new investments as the world recovers.

“Patience has been a bit of a watchword in terms of how we deploy capital,” Gray said.

Elsewhere at the firm, the tactical opportunities group posted a decline of 16%, followed by the credit and insurance segment, which slid 14%. Real estate, the second-largest unit at $160.9 billion, saw its opportunistic bets fall 8.8% and the hedge fund solutions group was down 8.6%. The secondaries unit, which gives investors a way to cash out of other private equity investments, was the only business to rise, by 1.8%.

Despite the rough period for investors, Blackstone raised $27.3 billion last quarter. Assets under management fell to $538 billion at the end of March, from $571.1 billion three months prior. Last year, the firm had a record fundraising haul of $134.4 billion, and in January, before the virus brought many businesses to a halt, executives said Blackstone could bring in an additional $100 billion in 2020.

“‘Relative to the broad market, Blackstone did in fact outperform,” Gerald O’Hara, an analyst at Jefferies Group LLC, said by phone. “There was a fear going into this of uncertainty. But there were no real surprises.”

Distributable earnings rose 4% from a year earlier to $557 million, or 46 cents a share. That missed the 50-cent average estimate from analysts surveyed by Bloomberg.

For more articles like this, please visit us at bloomberg.com

Subscribe now to stay ahead with the most trusted business news source.

Tue Apr 28 , 2020
The Lakers are estimated to be worth $4.4 billion. They are among the NBA’s highest-revenue teams. They have access to the league’s $1.2 billion credit line. They also received $4.6 million from a program ostensibly meant to help small businesses during the coronavirus pandemic. Kevin Arnovitz of ESPN: The Los […] 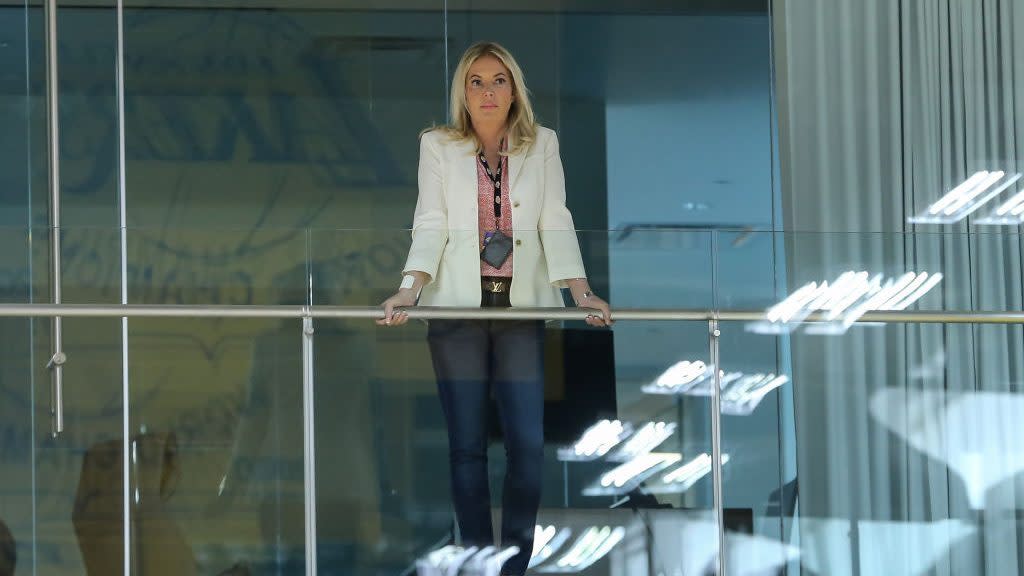