Boris Johnson has promised to “fire up the engines” of the economy with a plan for “refining” the coronavirus lockdown, which he will reveal by the end of the week.

The Prime Minister said decisions on lifting restrictions would be taken with “the maximum possible transparency”, adding that he would “share all our working and our thinking, my thinking, with you, the British people”.

Mr Johnson will hold a series of meetings with key ministers this week to finalise details of how different sectors, including businesses and schools, could start easing their way back without risking a second wave of the virus.

Government scientific advisers will brief him on the risk involved in lifting each measure before he and his ministers make the “difficult choice” of which restrictions to ease and which to keep.

Downing Street sources confirmed that the Prime Minister was expected to share his plans with the nation by the end of the week.

Professor Chris Whitty, the chief medical officer, said on Monday that sending children back to school this term would be one option risk-assessed by scientists, hinting that younger children might be less prone to infection than older ones.

As the number of new hospital deaths from coronavirus fell to 360, the lowest number since March 30, Matt Hancock, the Health Secretary, said hospitals now had so much spare  capacity that elective surgery and some cancer treatments would be restarted.

There were further signs on Monday that lockdown adherence was fraying, with increasing numbers of people taking to the roads to go back to work while more retailers reopened.

It came after police chiefs warned that they could no longer enforce the lockdown rules because it made “no sense” to ask people to move on from beaches or parks while allowing them to queue by the dozen at DIY stores.

Business leaders, meanwhile, begged the Government for clarity over what will happen so they can plan ahead.

On his first full day back at work since recovering from Covid-19, Mr Johnson made a surprise address to the nation outside Number 10 and said the UK was “making progress” thanks to the “grit and guts” of the population during lockdown.

He said there were “real signs now that we are passing through the peak” and “beginning to turn the tide”, adding that, if coronavirus were a mugger, “then this is the moment when we have begun, together, to wrestle it to the floor”.

In a direct address “to British business, to the shopkeepers, to the entrepreneurs, to the hospitality sector, to everyone on whom our economy depends”, he said: “I understand your impatience … I want to get this economy moving as fast as I can.”

Mr Johnson said Britain was “coming now to the end of the first phase of this conflict” and that, in the coming second phase, he would “begin gradually to refine the economic and social restrictions and, one by one, to fire up the engines of this vast UK economy”. He said he would be “saying much more about this in the coming days”.

The Prime Minister disclosed that he would be meeting Sir Keir Starmer, the Labour leader, this week as he sought to build consensus with opposition leaders on the best way forward.

The Scientific Advisory Group for Emergencies (Sage) was due to meet on Tuesday and Thursday before giving ministers a wide-ranging assessment of how different decisions would affect the risk of a second wave of coronavirus.

Prof Whitty said there was no “perfect solution” to easing the lockdown without risking a rise in infections, saying it would come down to “difficult choices” by ministers about what to allow and what not to allow.

He said it was crucial to keep the reproduction number – the “R” rate – of the virus below one, meaning each infected person passes the virus on to fewer than one other person on average. The R value is currently between 0.6 and 0.7, according to experts from Imperial College London, and Prof Whitty said that would give the Government “some room for manoeuvre”.

He revealed that Sage would tell ministers later this week how much they believe each option – such as reopening schools – would increase the R value, and it would then be up to politicians to choose their priorities while keeping R below one.

“The final decisions will be for ministers, and this is not a scientific decision,” he said. “But what we can contribute from the science side is to say: ‘Well, we’ve got this room for manoeuvre between where the ‘R’ is now and one… here are some combinations of things we can do.’

“But I really want to be clear about this – there is no perfect solution where we’re going to end up being able to do all the things that people want and at the same time keep R below one. So there are going to have to be some very difficult choices between different things, all of which, ideally, all of us would love to open up. But we can’t do them all, and therefore there will have to be some difficult choices.”

Prof Whitty said one choice would be whether to reopen schools, hinting that primary schools could reopen at a different time to secondaries because children of different ages were affected differently by the virus.

He said: “It may be different between different bits of schools. Is it different, for example, between young children and older children, which it may be – but unfortunately we do not yet have direct data that really helps us. We think that the contribution of children at school to the spread of this virus is probably less than for flu. What we’re trying to work out is, if children went back to school, how much closer to R1 would we be?”

Mon Apr 27 , 2020
Ontario laid out a 3 stage plan for how it will reopen its economy during the coronavirus pandemic. Premier Doug Ford didn’t give a timeline during a news conference. “The framework is about how we’re opening, not when,” said Ford. The first stage will be to allow businesses and select […] 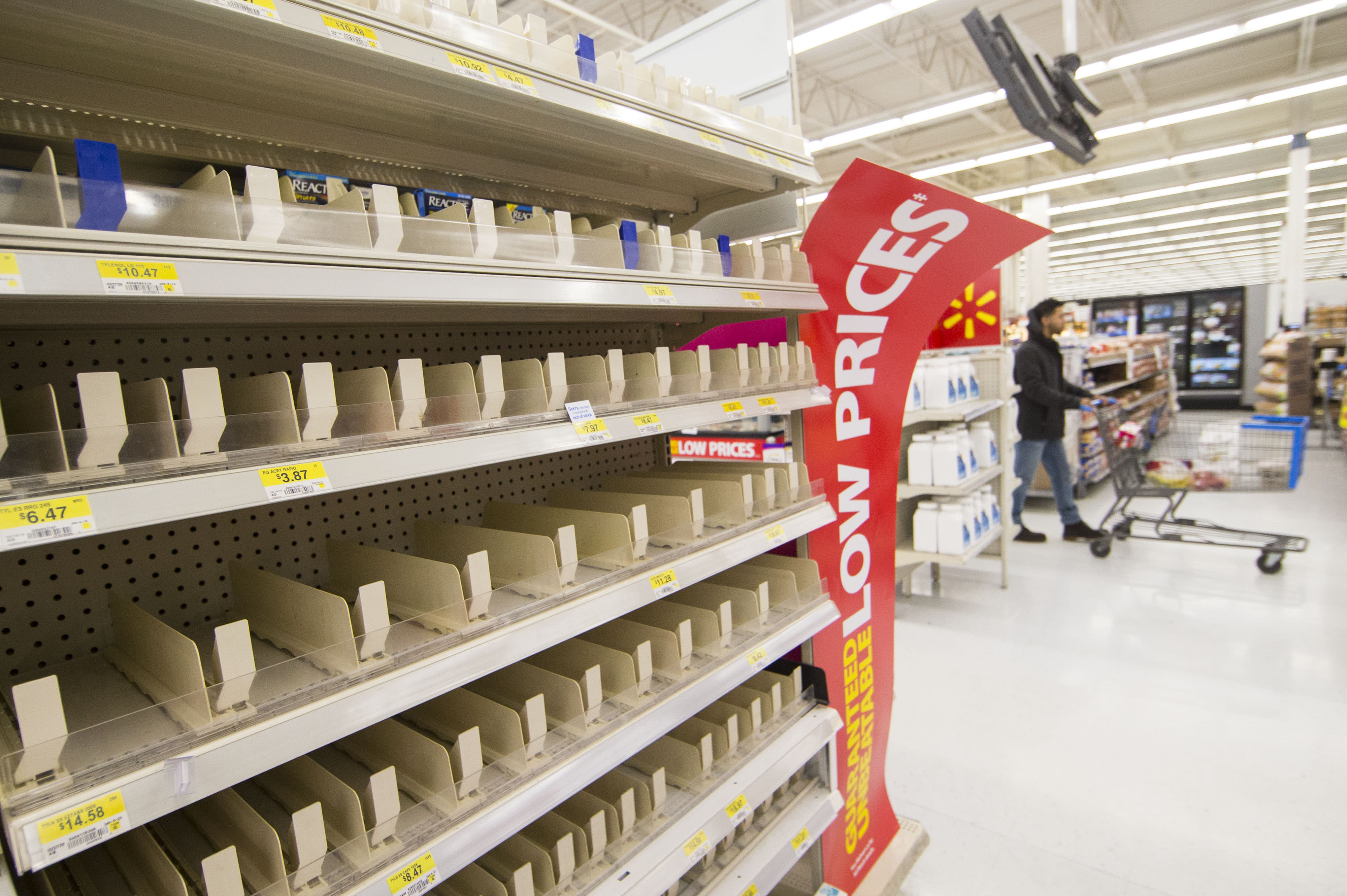