Having recovered from his battle with coronavirus, Prime Minister Boris Johnson set out the stark choice facing the Government as it considers easing lockdown.

“I want to get this economy moving as fast as I can but I refuse to throw away all the effort and the sacrifice of the British people and to risk a second major outbreak,” he said on the steps of Downing Street on Monday.

With millions of workers housebound and GDP contracting at an historic rate, bosses are desperate to get back to work.

Those allowed to operate are kick-starting their activities, with Taylor Wimpey, Redrow and Jaguar Land Rover re-opening sites and factories under the encouragement of ministers.

Yet the prospect of a second spike of the virus and another lockdown sends shivers through the business community, from retail to construction to transport.

Some bosses are delaying re-opening until they are confident the worst is over, or are planning measures to control infection that will sharply reduce work-rates.

A second wave, or even the fear of one, could be a major brake on any economic acceleration, heaping pressure on the Government’s efforts to get a grip on testing and PPE, as well as the race to find a vaccine.

“A second lockdown would be harder than the first and would have a bigger impact on businesses,” said Kate Nicholls, chief executive of UK Hospitality.

“We want to work with the Government to ensure there isn’t any premature lifting and that we’re led by the science so we avoid a second spike and that once we’re open, we’re open fully.”

“If that means we have to be closed for a bit longer then so be it.”

The hospitality sector would be hit even harder by a second lockdown, experts believe, with high profile businesses such as Carluccio’s and Chiquito already having collapsed.

“There’s no easy answer,” said Alasdair Murdoch, chief executive of Burger King in the UK, who is focused on making sure the business has enough cash.

“A second wave would be fairly disastrous for the economy – we’d just go back to where we are now.

“Our ability to close under lockdown would be quicker because we’ve done it once before but it’s clearly not something we want to do on any level.”

Non-essential retailers such as clothing and electronics shops have already lost billions of pounds in sales and stock and might simply not be able to withstand another lockdown.

Few of the big names could afford to stay shut for longer periods of time as many have had to borrow cash; the smaller players would go bust.

Industry sources warned that under a second lockdown, many companies might simply insist that they be allowed to stay open, leading to clashes with government.

In the meantime, retailers have been busy ordering protective screens for staff at the tills and floor stickers to guide shoppers. There are hopes they will be allowed to trade with the same social distancing measures in place as supermarkets.

For the time being, large queues outside shops will become the norm, adding to the advantage of online retailers. “Online will have the better of things,” said Jonathan Pritchard and John Stevenson, retail analysts at broker Peel Hunt.

Yet even they face challenges due to social distancing measures in warehouses, meaning fewer people to pack and ship items and cope with demand.

In the manufacturing sector, major companies such as Jaguar and Vauxhall are nervously emerging from the wreckage to find out which of their suppliers are still standing.

Many rely on supplies being delivered just a few hours before they are needed on assembly lines, having moved years ago to just-in-time manufacturing rather than costly stockpiles.

Yet such supply chains are complex and fragile, and many large manufacturers may need to find replacements for suppliers sunk by Covid-19.

Having gone through this expense, a sudden hiatus which could see more suppliers collapse would be potentially disastrous.

Some companies with long supply chains or without the means to build up stocks are, therefore, holding-off starting work again until they are sure the worst is over.

A second stoppage would also pile pressure on SME manufacturers already struggling with customers not paying their bills.

The travel industry is still grappling with the economic shock from coronavirus, in particular, how it will pay back billions in customer refunds.

A number of airlines have proposed running flights with a number of empty middle seats, allowing social distancing to be implemented even if there is a second wave of Covid-19.

Not all carriers are supportive, however, with Ryanair boss Michael O’Leary calling such plans “idiotic”.

A full second lockdown – and the widespread grounding of services – could be disastrous for the already stretched finances of the aviation industry.

The railways, meanwhile, have told ministers that they need four weeks’ notice to get services back fully up and running.

Operators are a month into a six-month window in which the network is effectively nationalised and train companies are guaranteed a profit margin based on costs.

If coronavirus cases were to spike again, train companies – if full service has been resumed – are likely to revert back to a “Saturday service” of approximately 80pc.

Buses are running at roughly half pre-crisis capacity. Revenues are being secured by a £400m bailout of the industry. If the lockdown needed to be brought back in, the current regime would likely be re-introduced.

The construction industry was never ordered to close but many sites shut down due to the practical difficulties of staying open.

That has already caused huge damage, with estate agent Knight Frank predicting that private house building could be down 35pc this year.

Although builders have started to re-emerge, they are doing so cautiously given the vast expense of shutting and re-opening sites.  “It needs to be avoided at all costs,” said an industry source.

“They would much rather be working at 25pc capacity than having to stop and start.” Workers are being kept at a distance and  temperature checks made.

“The focus is on doing it properly and putting the business in the right place so that this is not a stop-start but a steady resumption of activity,” said Pete Redfern, boss of housebuilder Taylor Wimpey.

Yet amid the widespread concern about a second wave and lockdown, many businesses are finding a way to cope.

JoJo Maman Bébé, seller of maternity and baby clothes, has had all its 99 stores shut. Chief executive Laura Tenison has put together a 24-point plan to reopen once allowed.

“We’re using the same principles we have used in our distribution centre,” she says. “We are now well versed in how to keep our teams as safe as possible.”

How salons, gyms plan to re-open after coronavirus closures

Mon Apr 27 , 2020
When restrictions are lifted and you can finally venture outside to cut those overgrown bangs, don’t expect business as usual at your local salon. In fact, things might look a little different at your gym or nail parlor, too. Business owners in the beauty and fitness industry, deemed “non-essential” by […] 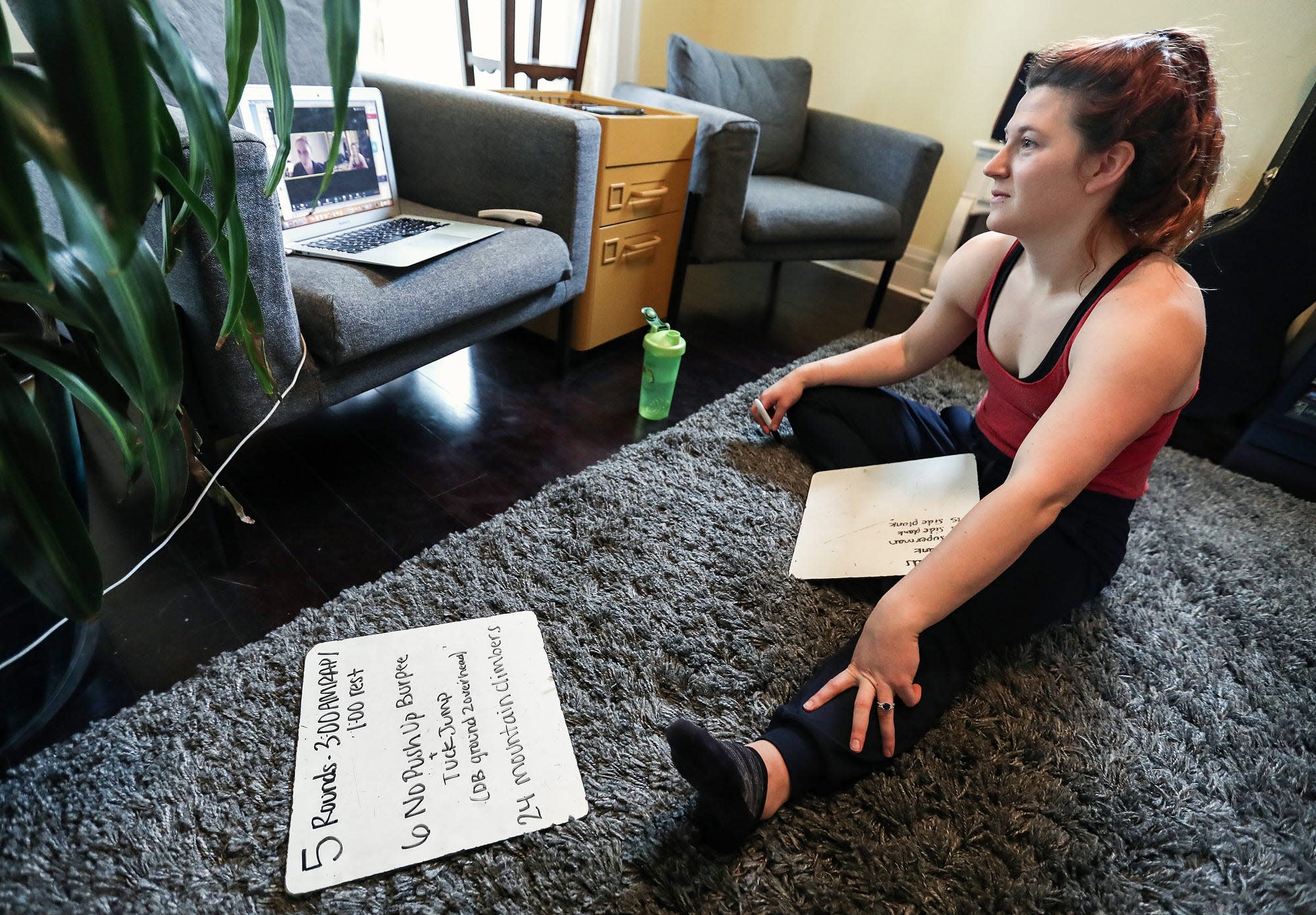