To get a gallon of milk to Southeastern Alaska, grocer Max Rule first has to know he’s going to need it about two weeks ahead of time.

When his creamy clairvoyance decides he does, he places an order with a wholesale company, which ensures the milk is plucked off a shelf, packed onto a truck with the rest of Rule’s groceries and driven to a port in Seattle. There, the milk, now inside a 45-foot semi-trailer, is loaded onto a barge and towed by a tug boat up the West Coast and around the boundary islands of British Columbia, making stops in other remote Alaskan areas before pulling into Sitka’s dock on either Monday or Wednesday.

In the final leg of the milk’s adventure, the full trailer is placed on a chassis, motored to Rule’s store, unpacked and put on a shelf – primed and ready for a lucky Alaskan’s bowl of Cheerios.

An island where the only routes on and off involve a plane or a boat, this is the odyssey most items take to Sitka, says Rule, president and chief financial officer of a small corporation that operates multiple grocery stores.

“That’s how cars get here,” he says. “It’s how building materials get here. In fact, there was an ambulance on the barge yesterday, so we must be getting a new ambulance.”

While most grocery stores receive deliveries at least once a day, Sitka is bound to the barge, completely dependent on the supply chain staying intact. Any hitch in the system and the effects ripple outward, resulting in an empty Alaskan plate – or very dry bowl of cereal.

So when coronavirus began its slow seep into the Last Frontier, Rule found himself with the weight of an island’s worth of empty bellies on his shoulders. Feeling that responsibility deep in his bones, Rule worked through most nights to keep items stocked and customers content, bucking the bare shelves and panic-buying frenzy that plagued the Lower 48.

Through his sleeplessness, Rule, a self-identified by-the-book-kind of guy, learned to trust his gut, to believe his innate moral compass would guide him toward the right thing to do.

For a place like Sitka, where spring winds blow in summer tourists whose spending helps sustain the economy through cold, hard winters, coronavirus’ impacts will be felt for a long time, with most in-season cruises canceled.

The future, much like the pandemic present, feels “cloudy” and “uncertain,” Rule says.

Detecting his community’s uncomfortable unmooring, Rule decided early on in COVID-19’s spread that his stores, including the company’s crown jewel, Sea Mart, would continue operating as they always had – just with the social distancing, cleaning, relaxed leave and masks that have become de rigueur in this era.

“In times of crisis, whether it’s a death in the family, loss of a job, a good, solid pandemic – which we’ve never experienced before – I think people want something they can count on,” Rule says. “They want something that they know is going to be there.

“I said, ‘You know what, that’s going to be the grocery store.’”

The cost of eating in Alaska

As a child in Montana, Rule found stability in the unemotional simplicity of numbers.

He started shoveling snow and mowing lawns as soon as he turned double digits and immediately made it into a business, complete with standing appointments and a little invoice book he carried in his pocket to bill customers – officially, of course.

Since those early shovel-wielding days, Rule has always had a job, working his way through high school and college and knowing intimately what it meant to scrimp and save.

Alaska first captured Rule’s imagination after his father and a buddy flew a single-engine airplane to Ketchikan in the mid-’70s, bringing back as many stories as they did fish.

“This probably sounds really corny, but I remember as a small child sitting there, flipping through these pictures,” says Rule. Mesmerized by the landscape, a part of him believed he was meant for Alaska from the moment he laid eyes on that first photo.

He came to the 49th state, business and accounting degree in hand, in 1985, landing in Sitka as the Hames Corp.’s CFO about two decades later. In 2016, he became the first non-family member, non-owner to head up the four-generations deep company.

Throughout Rule’s tenure, the price of groceries has been a contentious issue, and, for a numbers guy, it’s a balancing act between keeping costs low and staying in business – a razor’s edge that got even sharper during the pandemic.

Right around Easter, the cost of eggs “just absolutely skyrocketed,” Rule says. Beef and other proteins spiked soon after and groceries, in general, have followed suit in recent weeks.

With crushing unemployment numbers all over the news and the summer season’s cancellation, Rule knew his customers would be hurting and that this would be another expense for them to fret. Even as he posted signs telling shoppers retail prices may fluctuate, he checked his gut.

The company would keep prices level, Rule decided, even selling items at a loss.

These spikes were temporary changes, isolated situations, and the company was in a place to absorb them, he adds.

If his stores were going to stand for normalcy, it was only right to make sure Sitkans tables’ – and their Easter baskets – looked as normal as they possibly could, too.

A hero in Aisle 7

The view from Sea Mart’s front door is a Bob Ross painting come to life.

The community of about 8,600 strong is sustained by this landscape, Rule says, whether that be through fishing, cruises, adventure tourism, or the ability to wake up every day and breathe it all in.

“It’s a very small community, very close-knit,” Rule says. “Everybody is your friend or your neighbor. Everybody knows what you’re doing. Sometimes it’s a bit of a fishbowl.”

From his home office on the bluff overlooking Sea Mart and that “Joy of Painting” sky, Rule, who poured his whole self into work in the early days of the pandemic, looked for smiles as he watched his employees, customers and friends came and go.

Despite an early run on paper products – the unfortunate result of a false rumor – Sea Mart has managed to keep items coming in and COVID-19 out. A “miraculous” feat that Rule credits to his employees’ dedication.

He’s taken to calling his workers “heroes” recently. It sounds cliché, he admits, but what else do you call someone who puts themselves in the trenches and holds the front line when the threat of infection is so very real.

Compensating this commitment, Rule wrestled the numbers in early March and figured out a way to increase wages by $3 an hour and add $175 a week to salaried employees’ checks through the end of May.

Like grocery stores nationwide, the stores’ business had increased as restaurants closed, and even though the temporary raise was “not an inexpensive endeavor,” his moral compass pointed him in that direction.

“I would have done it even if it would have had a negative impact on the business,” he says. “It was to reward the employees, that was my sole motivation.”

For Rule, judging coronavirus’ impact is like standing on a cliff and watching dark clouds move across the horizon. They’re far enough away that he can’t tell exactly where the wind will carry them, but his hunch is that Sitka is in for a direct hit.

The windows of seasonal stores on the main drag are still papered, their stoops not yet swept. Planes that would be landing three or four times a day are only touching down once. Boats normally on the water are still in the harbor, and the king salmon are running, but tourists aren’t here to bring in their catches.

Rules assumes this season’s sales volumes will be more akin to wintertime numbers than summertime. For those in town who make money in the summer to get through the winter, that could be a death knell.

“We just don’t have that hustle and bustle of what we typically have this time of year,” he said.

And in the grocery world, coronavirus is sure to change nearly everything – from the variety of products consumer goods companies manufacture to what check stands look like to whether shoppers can still get a salad from the bar. Customers are bound to see less variety, Rule said, but the full brunt won’t be felt for a while.

“9/11 was what it was to the airline industry, COVID-19 is what it is to the grocery business, to the food business,” he said. “There’s going to be some long-standing changes.”

When Rule can get his mind tquiet for a few minutes, he finds himself thinking about success, what it means and how it’s classified. In his younger years, he would have looked to spreadsheets, profits, losses, costs and numbers.

Now in his late 50s, he sees victory in different metrics – ones based on people, his employees and his customers.

“Were they able to give their children college educations?” he says. “Are they able to take vacations? Are they relaxed? Do they have a high quality of life? Those are all the things that I think are measures of success.”

Somewhere along the way the figures on Rule’s spreadsheets became faces and stories.

That growth didn’t happen overnight, Rule says, but catastrophes – or pandemics – tend to muddle assumptions, offering a chance for transformation. This coronavirus era helped Rule solidify that what he once saw as a business is actually a responsibility.

Watching his neighbors come and go from his store all those sleepless nights, Rule realized that when life is brimming with so much bad news it feels like holding back Niagara Falls with a squeegee, there’s a comfort in routine. There’s a boundless power in being there.

In Sitka, Alaska, that normalcy can be found at the grocery store.

America’s Food Chain: Who feeds the nation during the COVID-19 pandemic?

As many of us across America have hunkered down in our homes under safer-at-home orders, someone else has had to venture out day after day to keep the country fed.

To get the food from the farm to our tables, they continue to work – sometimes without the protections we’re told are crucial to guard against the coronavirus – to pick the oranges, slaughter the pigs, truck the goods and cook the food, so America can continue to eat.

Through an occasional series of intimate portraits in the coming weeks, USA TODAY Network journalists are shining a light on their lives and work. 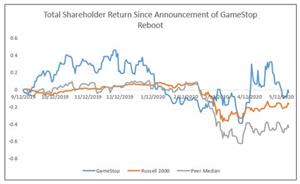